Spoiler alert - microwave ovens do not actually get hot. Microwaves heat food as quickly and efficiently as a conventional oven, but a microwave does not heat food in the same conventional way.

Hence, the answer to the question ‘how hot does a microwave get’ means thinking more about food temperatures than oven temperatures. 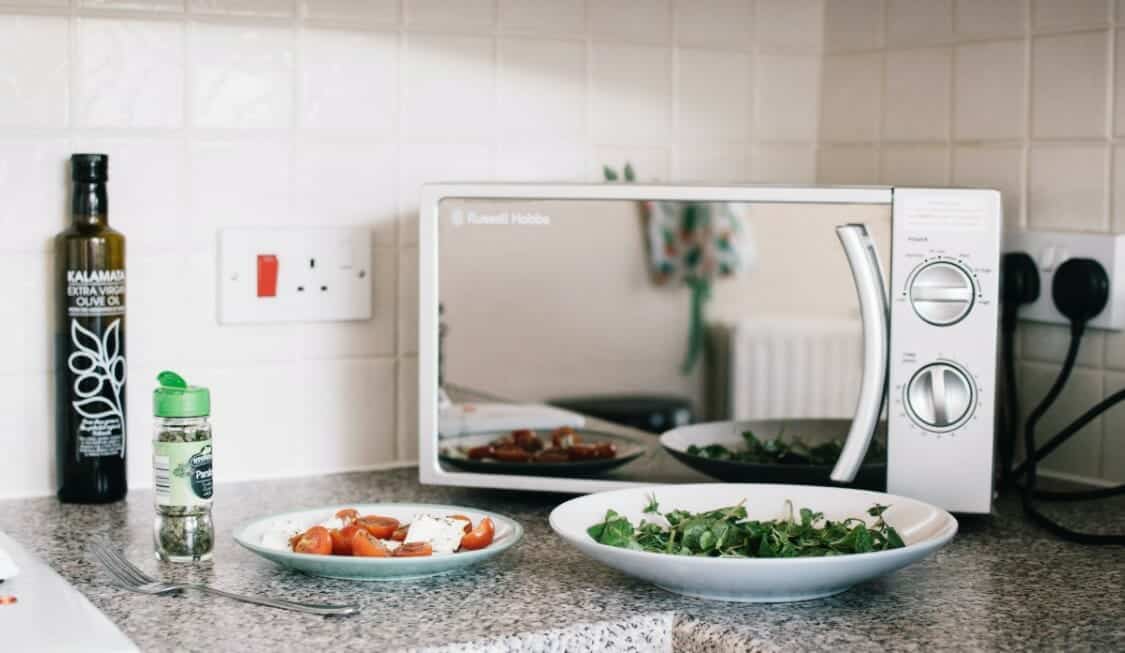 As it is water content that determines how hot foods get in a microwave, the liquid in most food has a boiling point of around 212°F (100°C).  In which case, this would be the maximum realistic temperature a microwave could heat food to, at which point the boiling liquid in the food is converted into steam, and the objects in question technically cannot get any hotter.

How a Microwave Oven Works

It may sound complicated, but the whole idea with microwaves and microwave technology is to simplify the process of heating food and preparing meals. On a scientific level, the high-frequency radio waves produced by a microwave oven cause the water molecules in the objects inside the cavity to vibrate and rub against each other.

The result of which is high energy friction within the food, which produces heat in the same way as would be the case when rubbing any other two objects together. 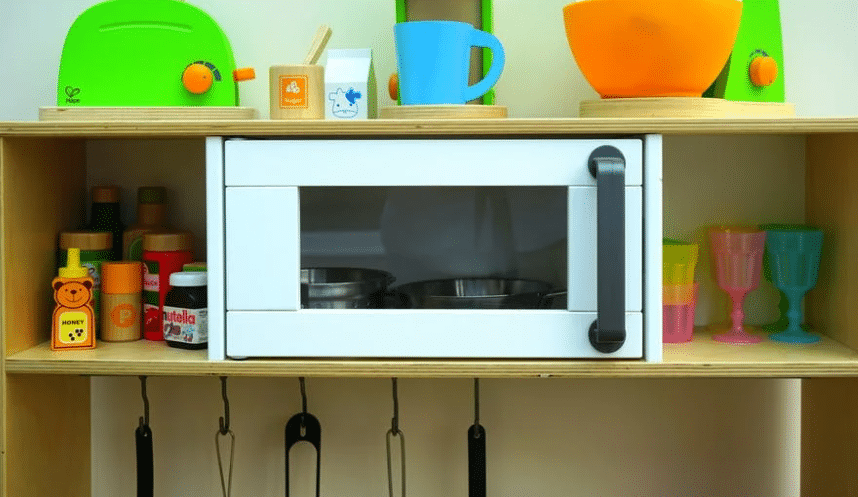 A typical microwave features a variety of specialist coverings inside, which redirect thermal energy and the radio waves produced which are subsequently absorbed by the food.  The more concentrated these radio waves, the more intensively the molecules in the food rub together and create heat.

However, it is only where ingredients, dishes, and objects have a sufficient water content that they can be microwaved efficiently. If you were to put something into a microwave with absolutely no moisture content whatsoever, it would not be heated by the waves emitted.

Therefore, both the wattage (power) of the microwave and the amount of moisture in a food item will determine how quickly it gets hotter in a microwave and how efficiently it can be cooked. A 1000 watt microwave will always cook food faster than any 700-watt microwaves, but there is more to it than just power settings alone. 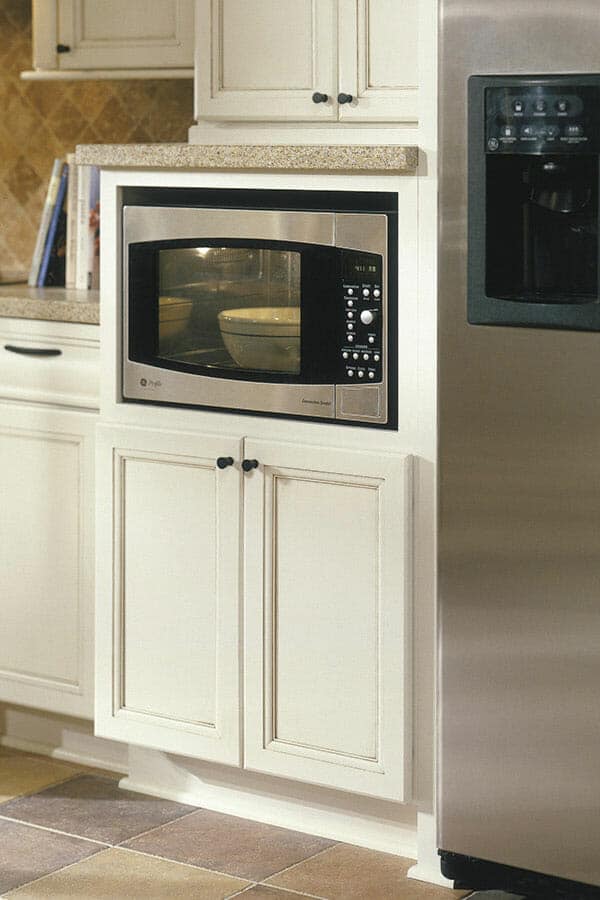 The microwaves emitted by a microwave oven are able to pass through food and certain materials without losing any of their heating power, though this kind of radiation is not compatible with other materials.  This is why it is inadvisable to put metal objects of any shape or size into a microwave, as the waves will bounce off the material and cause sparks. However, the ovens themselves are often made of metal as reviewed in our best stainless steel microwaves post.

By contrast, the waves can pass easily through plastic, paper, ceramics, and glass, for example. 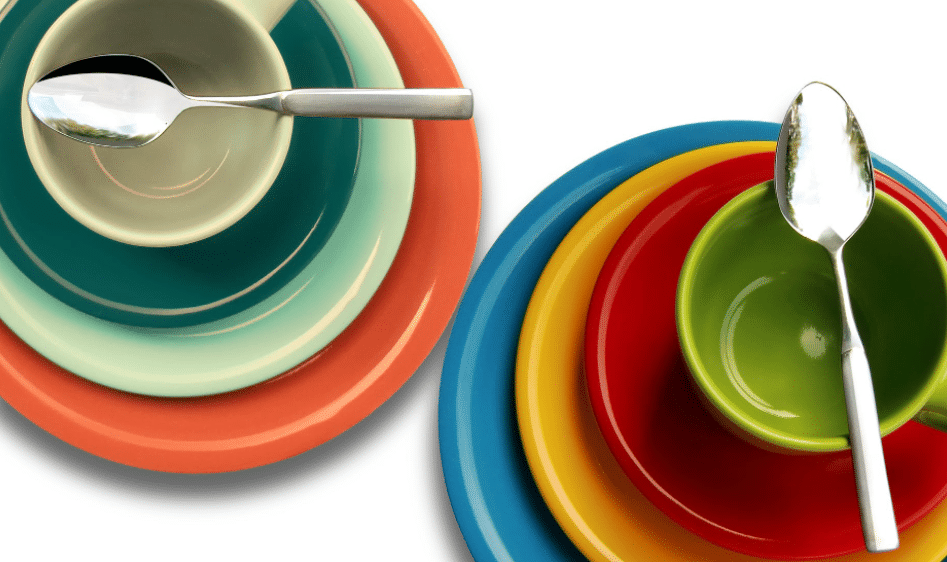 Irrespective of the power of sophistication of the magnetron within the microwave (the component that converts electricity into microwaves), it is important to be mindful of which materials can and cannot be placed inside a microwave oven.

What is the Highest Temperature a Microwave Can Reach? 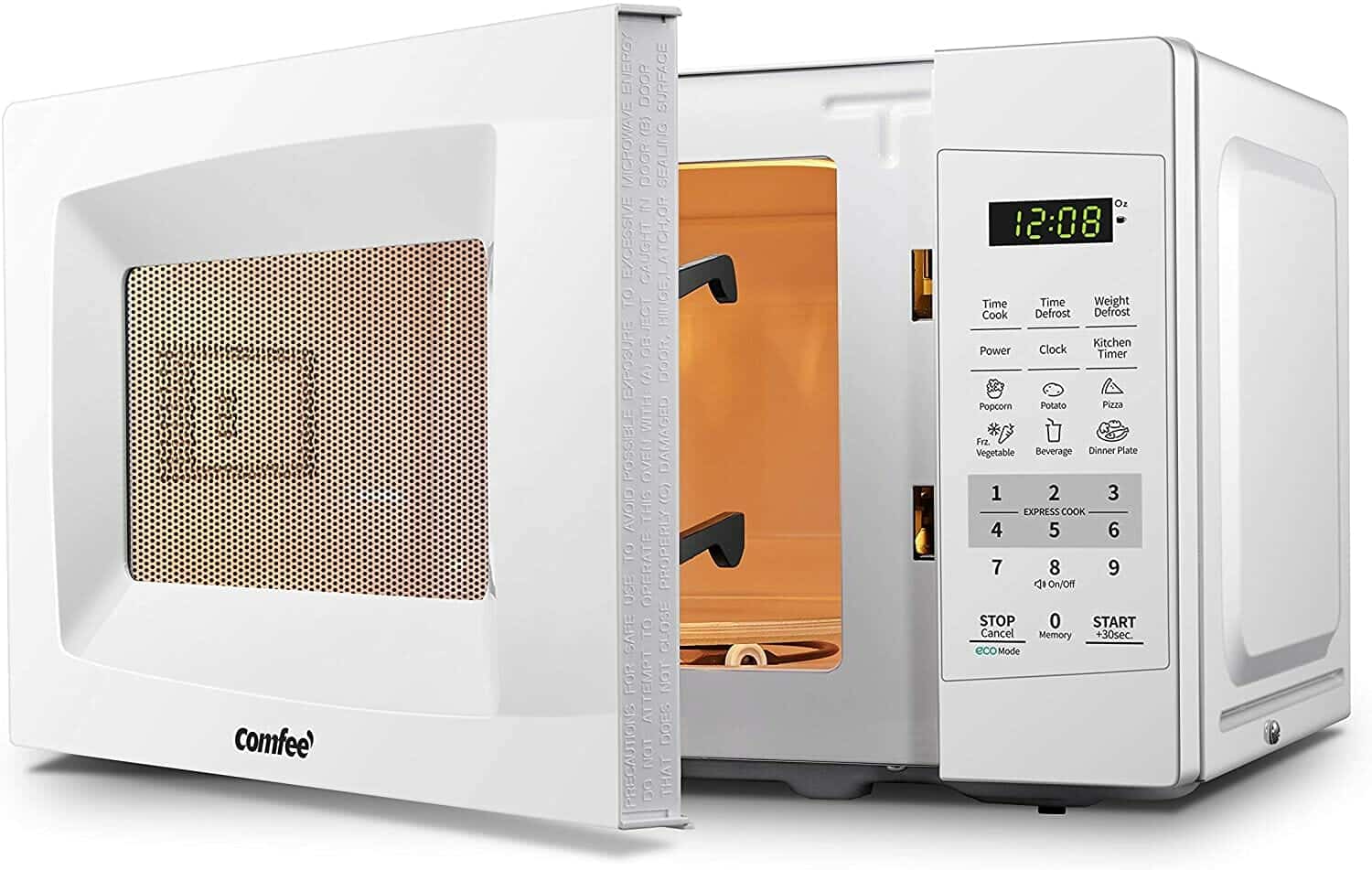 Therefore, the more appropriate question is, “what is the highest temperature the various objects placed in a microwave can reach”?

Though again - and unsurprisingly - answers vary in accordance with the wattage (watts) of the microwave and the composition of the foods or items in question.

The Maximum Temperature of Microwaved Objects

Microwave cooking is compatible exclusively with foods and items with enough water in them to be heated to the appropriate temperature. It can be an extremely fast and efficient way of cooking (and with an even higher safety level than conventional cooking), but it is important to be mindful of what can and cannot be microwaved.

When the water inside something in a microwave gradually gets hotter and reaches boiling, it will eventually turn into steam. The heating of the internal water cooks the food - cooking times vary in accordance with what’s been cooked and the power level (or setting) of the microwave. 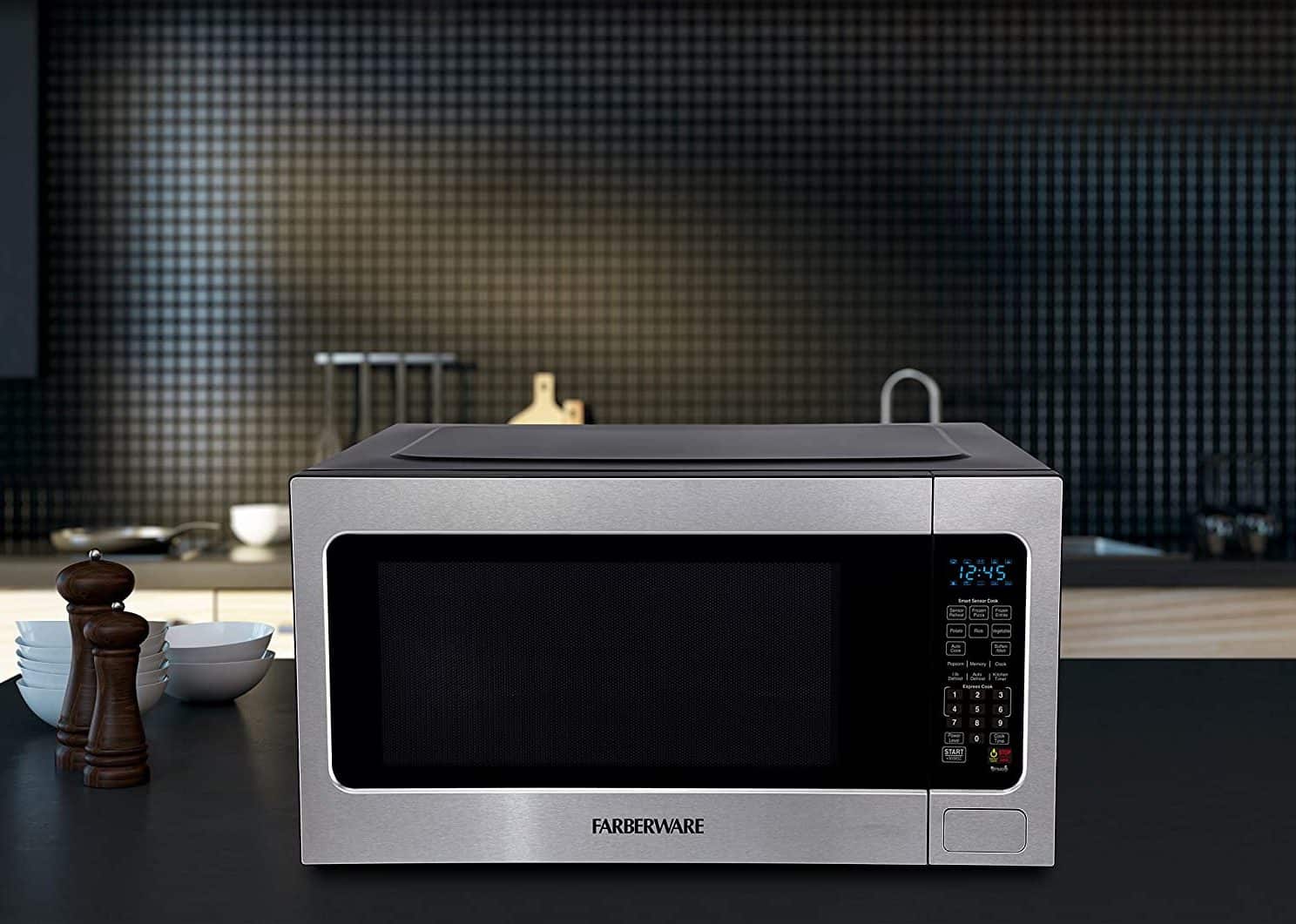 So the maximum temperature food can get to and still be edible is near 212°F (or 100°C), which is the point at which water boils.

However, the rapid buildup of steam beneath the surface of items (and containers) placed in a microwave can propel pressure beyond a safe range.  At which point, whatever it is you are heating in, the device could explode.

Likewise, allowing all of the water inside the food to escape as you cook could result in the object in question burning when there is absolutely no water or moisture left.

What’s the Story with Superheated Water?

There is an exception to the rule regarding the boiling point (and subsequent maximum temperature) of items that can be heated in a microwave. Superheated water can be created in a microwave when the water is of the purest quality and the container placed on the turntable has no scratches or major imperfections whatsoever.

In which case, the temperature of the water may reach 248°F (or 120°C) without it turning into steam.  However, this poses a serious safety issue as the moment a spoon (or anything else) is placed in the water, it can trigger a violent reaction and propel superheated droplets all over the place. 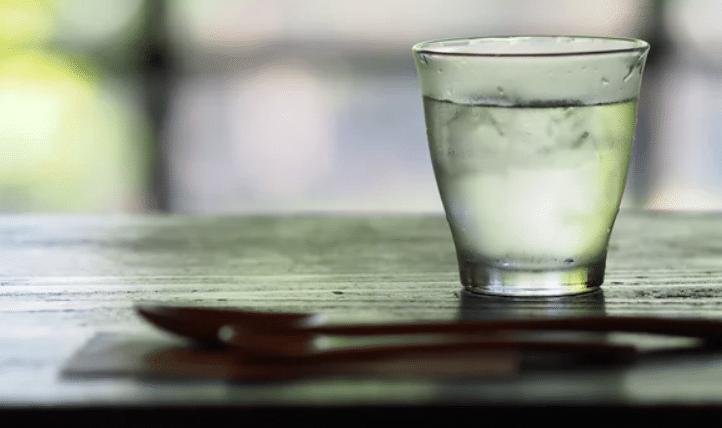 What Affects the Temperature in a Microwave?

Rounding things off, there are several key factors that affect the temperature in a microwave.  Different foods need to be brought up to different degrees Fahrenheit (or centigrade) to be considered safe to eat, so it’s better to be mindful of these factors than to make things up as you go along.

The main examples of which are:

Last but not least, the size of the cavity inside the microwave will also have an impact on how quickly the oven heats food. Larger microwaves take slightly longer than smaller microwaves to get the job done, as it takes a little longer for the cavity to be filled with microwave energy to begin heating the objects within.