Just a few centuries ago, before the invention of the microwave oven, people had to rely on other methods of heating that would seem crude and inefficient to most people today.

For starters, you would have had to start a fire, endure the smoke and even more painfully, watch as your food gets burned because you forgot to take it out on time.

Thanks to Percy LeBaron Spencer, the inventor of a microwave, the only thing you may need to worry about now, when it comes to warming your food, is how hot you want your food to be.

Let us further learn about what is a Microwave Oven.

History of the Microwave

It may come as a surprise but the technology behind the modern microwave oven was born from the necessity of short-range radar technology during World War II.

During this period, magnetron tubes were built to generate these waves and as the war drew to a close, the surplus tubes, as well as the technology, were of little to no use.

Percy LeBaron Spencer accidentally discovered the potential of using these microwaves for culinary applications while working as an engineer at a company called Raytheon.

The idea was already there before his discovery, but while visiting one of the labs that was testing magnetron tubes, a Peanut bar in Spencer’s pockets began to cook.

This accident got him curious and after some tests, he was able to replicate the effect with a bag of popcorn and an egg among other things.

With Spencer’s contribution in numerous experiments, improvements were made and in 1946, Raytheon introduced the first commercial microwaves.

Raytheon Radarange III of 1955 – one of the earliest microwave ovens. Source: Getty Images

These first devices were bulky, expensive and built for commercial use in restaurants.

A couple of decades later, microwaves were significantly cheaper and started becoming a common household and commercial appliance.

What is a Microwave Oven?

A microwave oven is an electronic appliance that makes use of relatively low-frequency waves to cook food.

The basic principle is that these electromagnetic waves are absorbed by certain molecules in our foods, like water and some fats.

These molecules get energized and begin to vibrate. As a consequence, heat is produced and the food gets hot. 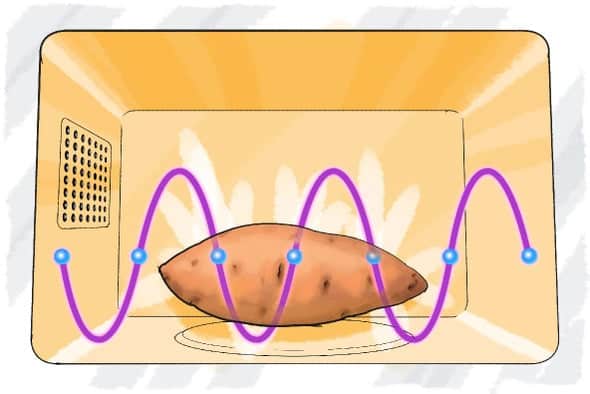 Some of the places where this effect comes in handy include:

As soon as your food leaves the flame, it starts getting cold. Some foods are easily eaten cold. However, for certain foods, warming is essential.

In such a case, you would need a faster solution that can get the food piping hot in just a matter of seconds, or just a few minutes at most.

Unlike other methods that heat food from the outside in, microwaves penetrate the food. The food gets heated faster, both inside and out.

Freezing is one of the few methods that can be used to preserve fresh food for long periods without the need for additional preservatives.

A microwave oven can come in handy when you need to quickly thaw certain types of food.

As opposed to waiting for the food to thaw out naturally, a few minutes in a microwave oven can have the same effect and save you a lot of waiting time.

Depending on the model you have, you can also use your microwave oven for cooking. Versatile ones can be used to grill, bake and roast food.

As a result, you may end up not needing your stove for some meals that can easily be handled in a microwave.

Those electromagnetic waves can do more than just heating your food. Microwave ovens can also be used to sterilize some household equipment like sponges.

This should be done with a lot of caution to prevent any accidental fires, burns or damage to your microwave.

The first step is ensuring that the sponge is completely wet and that it contains no metallic components.

Some cosmetics tend to harden, especially when exposed to cold temperatures like during winter. A useful hack is to use a microwave oven to liquefy the solidified products.

You should not leave the product inside for too long though as you may end up with a mess. Just a few seconds should do.

Myths About the Microwave Oven

Despite the many concerns people raise regarding the use of microwave ovens for cooking, it has remained to be proven that these devices pose any health risk when used as intended.

Granted, mishandling can cause harm to the user.

Nevertheless, they are proven to be quite safe. Here are some popular myths about the microwave oven.

They Can Cause Cancer

The truth is, microwaves are all around you, not just inside the microwave oven. They are the typical waves used for mobile communication.

These waves belong to a category of radiation known as non-ionizing radiation. This means that they lack the energy to alter the molecular makeup of your cells, unlike other forms like gamma rays.

Since the waves are more concentrated inside the unit, in the case that a leak occurs, the worst you can get away with are some burns. Not cancer. Both FDA and WHO have designated microwave oven to be safe IF used according to manufacturer guidelines.

Also Read: How much radiation does a microwave oven emit?

It is a fact that cooking food in any way causes a reduction in some of the available nutrients.

However, it is misleading to imply that this effect is enhanced when using a microwave oven.

The leaching of nutrients out of food depends on the temperature at which you cook the food as well as how long the cooking lasts.

Also, some cooking methods especially those that use water (boiling, stew etc) can be more wasteful. Cooking in a microwave means less use of water as well as less time used. So you may end up retaining more nutrients as opposed to boiling. 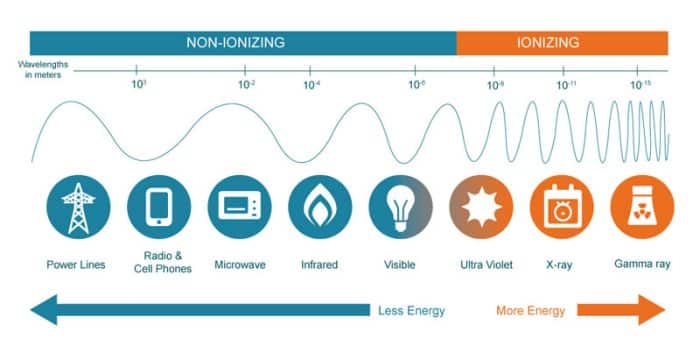 This one is so popular that at one point in time, cooking food in a microwave was referred to as “nuking”.

To debunk this, we need to understand how the microwave works.

The simple explanation is that the waves make some molecules in the food vibrate and heat energy is produced that in turn cooks the food.

No molecular structures are changed and thus no genetic structure or chemical bonds are broken. This is because, as mentioned earlier, microwaves are non-ionizing radiation.

Precautions When Using a Microwave

There are a few things you need to consider when using a microwave. First, avoid putting anything metallic inside the device as this can cause sparks and in extreme cases, explosions!

It’s equally advisable to avoid heating food in plastic containers unless they are microwave-safe.

Ensure you cover your food when heating it to avoid the occasional splattering and beware, thawing solid foods in a microwave can cause partial cooking.

Microwave ovens are versatile devices with plenty of uses at home. Without them, some cooking tasks would have been much harder and would have as well taken a lot of time.

In this article, we had a bird-eye view of what is a microwave oven. We did not go into the specifics of how it works, instead we just reviewed the appliance itself.

While its invention was more of an accident, its value continues to strike us as one of the most useful kitchen equipment.

Using one is very straightforward, and with a few precautions taken, you can be sure that the device will continue to serve you for a long time.