A toaster oven is a small electric appliance that is used in the kitchen for broiling or baking. If you do a lot of cooking, chances are that you know a thing or two about toaster ovens or even have one in your kitchen.

This article will consider how true the assertion that toaster ovens consume lower energy is, how to choose the most energy-efficient toaster ovens, the range of toaster ovens, and how to calculate the amount of energy it consumes.

The simple answer is yes it does. It can use three times as less energy, depending upon the model you go for, as its regular counterparts and at least 50% as compared to regular range ovens.

Does Toaster Oven Save Electricity? 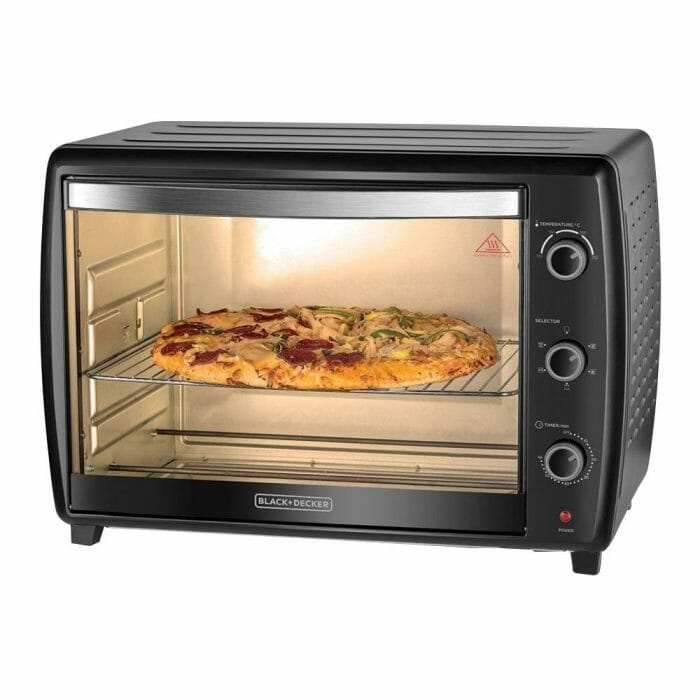 Toaster oven energy saving can be compared with other appliances to know for sure.

While toaster ovens aren’t one of the heaviest users of energy in your home, they certainly consume a large amount of energy. So it wouldn’t be a novel idea to consider how much energy your toaster oven consumes compared to the other electric appliances in your home.

According to energystart.gov – the authority on energy guide for commercial products – toaster ovens save upto 50% of the energy needed to cook a small or a medium sized meal as compared to a regular oven.

They can save up even more depending upon the size of the toaster oven as well as size of the regular oven you are comparing it with.

Finally, a toaster oven will consume about $0.03 per hour, making it one of the most energy-efficient type of oven you should have in your kitchen, since both the conventional oven and the electric oven consumes over two times the amount of energy a toaster oven consumes.

While you might feel toaster ovens consume a large amount of energy in the home, it is much lesser than it’s the alternatives.

Read more: How to Cook Hotdogs in Toaster Oven

According to energystar.gov, regular ovens are highly inefficient when it comes to small and medium sized meals.

Basically, unless you are cooking a whole turkey every single day, using a large oven is unnecessarily putting high energy cost on your bills.

It would not make sense to toast a bread or warm up your food in a regular electrical range oven that operates at an average of 2400 watts per hour.

What is the Range of the Wattage of a Toaster Oven 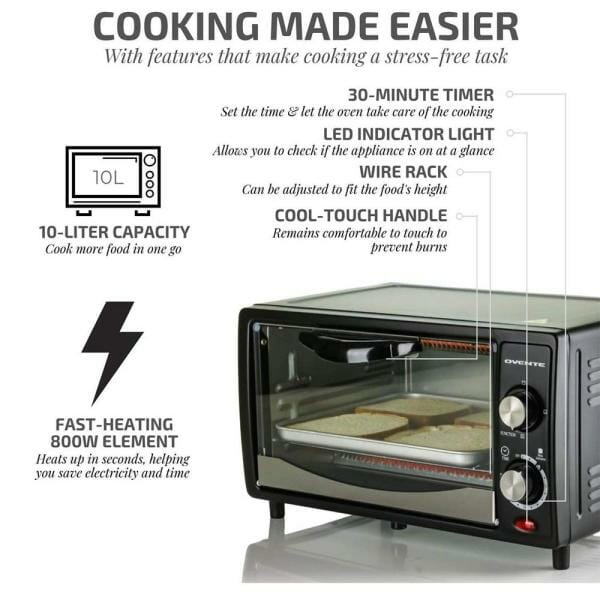 Most toaster ovens are about 1200 watts, although sometimes you might find toaster ovens with as high as 1800 watts. Most have lower wattage and consume lower amounts of energy.

Some toaster ovens, called boiler ovens, generally tend to consume upto 1800 watts as they can reach a high 500 degree Fahrenheit. These are also called quick ovens.

Some smarter ovens tend to have plenty of presets that regulate the temperature for you.

To calculate the amount of energy units your toaster oven consumes per day and how much electricity it uses, all you need to do is multiply the wattage of the toaster oven by the number of hours you use it for then divide by 1000. Whatever you get will be your answer.

The units may vary since the oven turn on and off depending upon how often the thermostat turns the heating elements on and off.

How to Choose the Best Energy Saving Toaster Oven? 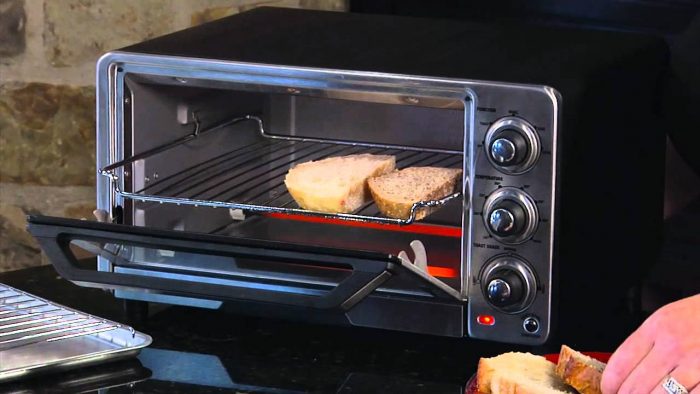 Choosing requires analysing all the factors and choosing the most energy-effective option.

While most people do not consider energy efficiency when purchasing their household appliances, those that take these precautions know its advantages.

Energy efficiency can be defined as the amount of energy that a device utilizes that tends to save energy than the rest of its counterparts. I.e it works effectively, while not being the most energy-consuming machinery.

An efficient toaster oven can adopt various means to save energy. For example, you can easily warm food and do other simple things in the oven without fuss. With the other types of oven, you might have to wait a couple of minutes before it warms up, but with a toaster oven, it is much easier.

Fortunately, it has a much smaller interior and will not take as much time to get running. It does not need to circulate around a large expanse of space like the electric oven or the convection oven. Within a short time, whatever you want can be done.

To purchase an efficient toaster oven, all you need to do is to simply ask for the wattage the toaster oven you are about to purchase, most toaster ovens have between 1200 to 1800 watts according to the representatives of the appliance industry.

Read more: How Does a Toaster Oven Work

When trying to choose a toaster oven that is energy efficient, you need to choose one that saves money and time. You also want something that won’t take up a lot of space in your house and can do the work of multiple devices. For example, a toaster oven; a toaster, and an oven.

Toaster ovens that have the most efficient temperature control can save energy when the lower temperature parts are being utilized.

So if you’re using the oven to simply thaw frozen food or to warm food and the oven has good temperature controls, chances are that it won’t use as much energy as if you are baking. So you are able to regulate your toaster oven to use less energy

The Number of Watts

It is preferable that when you have a variety of toaster ovens to choose from choose one that has a lower wattage. It saves electricity consumption and reduces the amount of energy it utilizes. A lower wattage oven might even possibly cost you lesser than one that consumes more power.

One of the greatest disadvantages a toaster oven tends to have over a conventional oven is insulation.

Unfortunately, some ovens can’t trap the heat emitted during use and tend to heat the outer part of the oven, that is its immediate environment and the body of the oven, not just the interior of the oven itself, check customer reviews and oven efficiency before deciding to purchase a toaster oven.

When you are purchasing your toaster oven, it is advisable that you look at the oven components and you are likely to purchase one that will save you energy and electricity

The Cooking Sensors of the Toaster Oven

If you want to save some of the energy your toaster oven uses, you can time the oven such that your food doesn’t overcook and you don’t overexert your oven in the process.

When you monitor the temperature of your toaster oven, you are likely to have better-cooked meals and save energy in the process. Also do not overestimate cooking time or refuse to turn the oven off when the food is done.

The answer is yes, some toaster ovens use as little as 1/3 of other types of oven and can even be regulated to reduce the amount of energy it consumes per time, these make it more efficient than the convection oven and the electric oven.

While it has its own flaws, it is fast, efficient, and effective. It is as versatile as the convection oven, you can use it to toast, bake, warm food, and even roast. It is like a miniature version of the convection oven. Toaster ovens are compact and countertop, it doesn’t need to take up much space in your kitchen.

A toaster oven is absolutely worth it if you’re looking to utilize your oven for multiple functions. We hope you got a clear answer to your query about does toaster oven save electricity.